Learn Patmos’ History at its museums 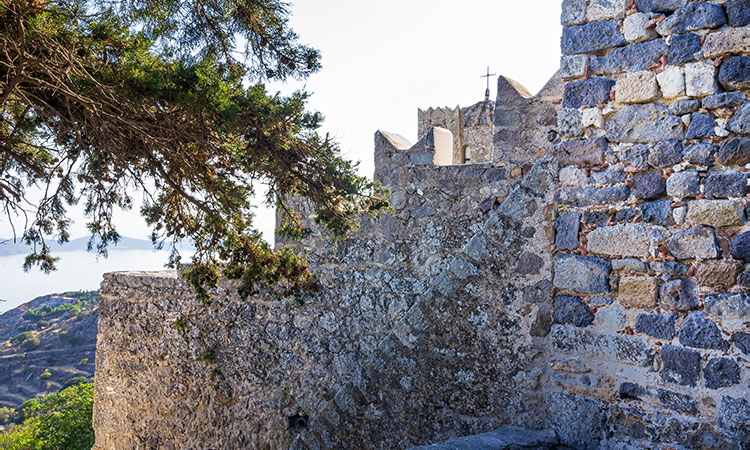 Patmos Island, Greece is one which is rich in history and culture. Although relatively small in size, it is a naturally beautiful island widely regarded as sacred due to the evidence of the vision of St. John on the island.

The Book of Apocalypse was also written by St. John on the Island of Patmos.

The museums in Patmos Greece are proof that the island is proud of its history and culture. Most of its archaeological excavations carried out in Kasteli region in the 4th century B.C. Whether you are in Patmos to see the Cave of the Apocalypse, to have firsthand experience of its culture or to see the island in its beauties, you should check out its museums before returning. Below are some of the must-visit museums in Patmos Greece.

As evidence of the religious importance of Patmos, there is a fully equipped Ecclesiastical museum lying right at the center of the Monastery of St. John. It is the museum in Patmos dedicated for keeping religious collections such as vessels, jewelry, vestments, rare icons and books of religious importance.

The Ecclesiastical museum is small and houses icons from the Byzantine and post-Byzantine period. It was a small housing in which all the monastery’s treasure, including priest vestments, manuscripts, and items used in the holy mass, the 11th-century icon of Saint Nicolas and the 17th-century icon of Osios Christodoulos. 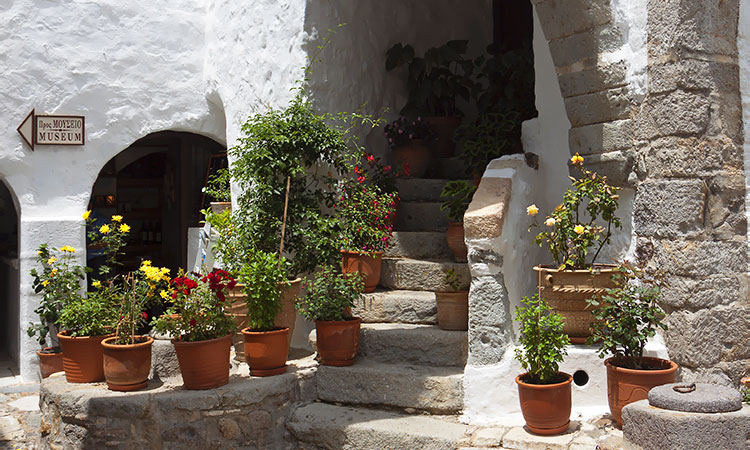 The 11th-century icon of Saint Nicolas is an erect image of the saint showing him holding a book on his left hand while he blesses with the right.

Osios Christodoulos is the founder of the monastery, and his 17th-century icon represents his interment. Other important artifacts in the Ecclesiastical museum include the Archives of Byzantine documents where visitors can see the foundation papers of the monastery with the golden bull seal of Emperor Alexios I Comnenos. It also includes other documents related to the monastery’s possessions.

Visitors who stay in a Patmos Greece Hotel in Chora can easily visit the Folklore museum. The Folklore Museum is one of the museums in Patmos and is in the Simantiri Mansion, located in Chora. The Simantiri Mansion was built in 1625 by Izmir Turkey craftsmen and keeps furniture, paintings, family relics, and photographs among other valuable items.e

It is a small and private museum belonging to the Simantiri Family of Chora in Patmos. It is an elegant mansion which is still inhabited till date. This small private museum is housed in the mansion of Simantiri Family in Chora Patmos. The Folklore Museum’s collection is very rich, containing relics from the 14th to the 19th centuries. Among the collections are wooden furniture, Russian style icons, paintings and old photographs, a foot-operated dental wheel and family heirlooms especially from the Odessa family among others.

Although the Folklore museum is small, it is a clear view into the living culture in the Dodecanese islands centuries ago. It is also a museum which highlights the traditional aspect of the island with its collection of old-fashioned items.

Apart from those two above, there are other museums in Patmos which visitors can visit irrespective of their religious affiliation and purpose of visit to the island. Some of these other museums on Patmos island Greece Greece are the Nikolaidi Mansion, and the Orthodox culture and information center.

As a visitor to Patmos Greece who is interested in visiting the Museums in Patmos, there is no need to be worried about accommodation as there are several hotels in Patmoss in Patmos who are dedicated to catering for the needs of every tourist. One of such hotels is the Patmos Chris Hotel in Patmos.