Who Was John of Patmos? Visiting Patmos Cave 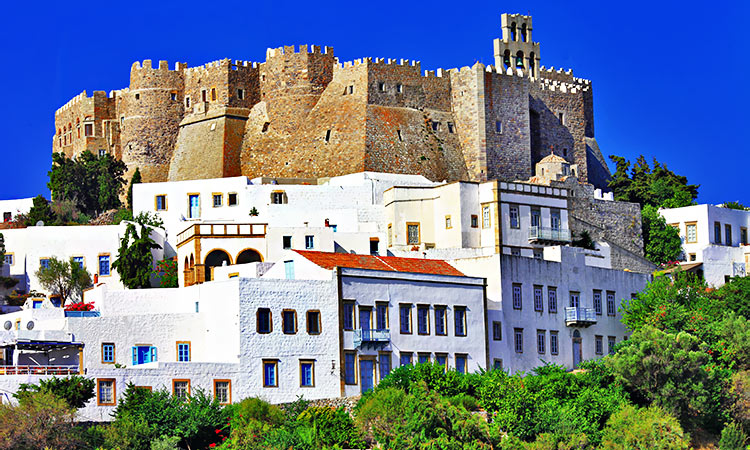 Patmos Cave is undoubtedly one of the main attractions that brings tourists from all over the world to Patmos island. A small cave between Chora and Skala where a man once slept and wrote a religious text has now become a carefully preserved museum and a must-see religious destination for one of the major world religions.

Most Christian scholars believe that John of Patmos was also John the Apostle who traveled with Jesus during his ministry. Decades later as a much older man, John of Patmos took heat from the Roman government for preaching and was exiled to the island of Patmos, Greece. There he stayed in the now famous Patmos Cave, with a rock for a pillow, and wrote the Book of Revelation about the revelation he had been given of the end times.

Some say that he heard the voice of God while others say he received a vision through a crack in the ceiling of the cave and others say it was a mixture of both. Whatever the case may be, the book was written and was added to Biblical canon as the last book of the Bible. While much of it offers warnings of restless times and tribulation to come, there’s also a promise of reconciliation, and eventually, the re-establishment of heaven on earth.

It was John of Patmos and his revelation that essentially put Patmos, Greece on the map, and that’s why to this day, the biggest tourist draw is Patmos Cave. 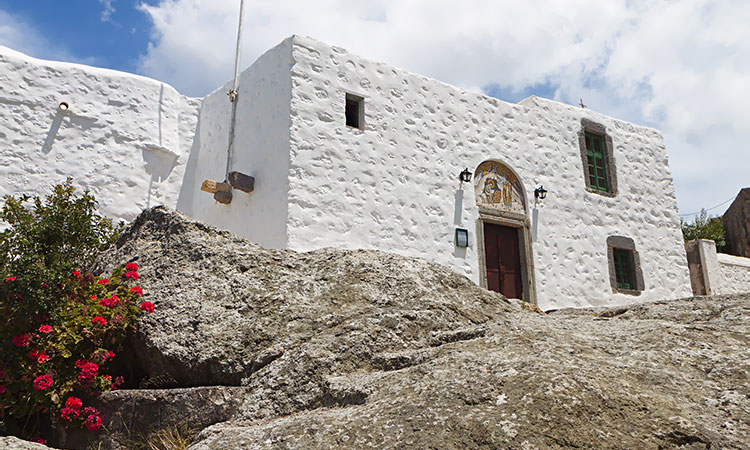 Cave of the Apocalypse

Today, the Cave of the Apocalypse in Patmos, Greece is a carefully preserved museum. It’s been deemed a world heritage site by UNESCO. It’s located about halfway between Skala, the port town of Patmos, and Chora, the capital of Patmos, so it will most likely be close to your Patmos hotel. Smaller than 7 meters long and 6 meters wide, it is now encased within a sanctuary and silver lamps have been hung to light the space. But much of the cave remains the same. The rock that John used to rest his head is still there, as well as the triple fissure through which he had his vision.

Upon entrance to the cave, you’ll find a monk who will tell the story of the apocalypse. Whether you’re on a religious pilgrimage or simply want to see a sight of strong historical or cultural significance, the Cave of the Apocalypse in Patmos, Greece is a must-see stop.

The Monastery of St. John the Theologian 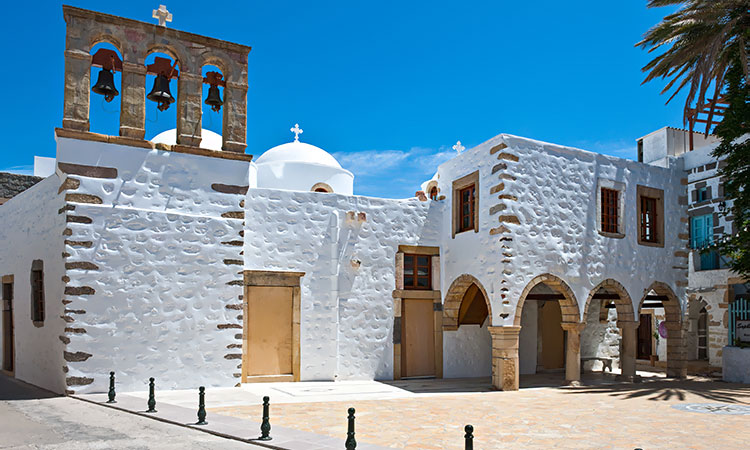 While you’re out visiting the Cave of the Apocalypse, you may visit the Monastery of St. John whose fortress walls once guarded the city of Chora from Turkish pirates and invaders. Built in the Byzantine style in 1088, this monastery is home to several relics, such as the skull of St. Thomas and pieces of the Holy Cross. It not only still stands but is still operational. You can also find a museum attached containing a number of ancient texts and religious artwork dating back hundreds of years. 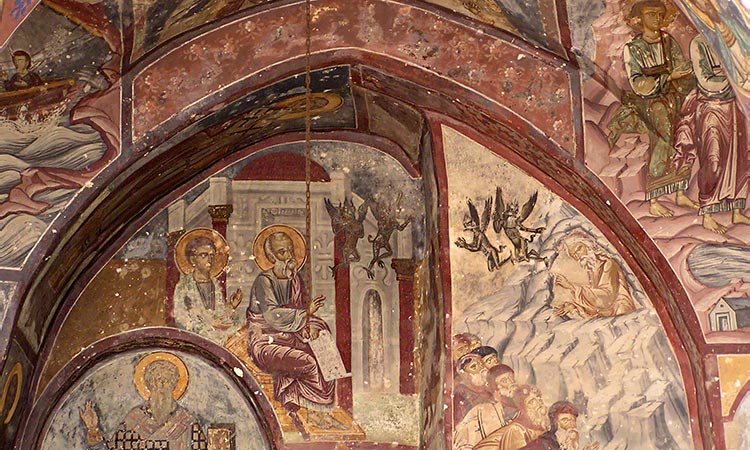 If your goal is to visit the cave, you’ll want to find Patmos hotels in Chora or Skala, but Skala as the port city, is one of the best places to stay in terms of transportation, shops, and restaurants. Chris Hotel is an excellent option when it comes to Patmos accommodation. We’re a charming hotel in Skala, Patmos island, with a hotel cafe that overlooks the serene water with splendid panoramic views. We’re located near many shops and restaurants in Patmos island, but if the Cave of the Apocalypse is on your itinerary, you’ll love our location just 2km from the cave.

No matter what your reason, Patmos, Greece makes for a truly unique holiday. Book your room today.