Must Visit Patmos Villages For Every Tourist 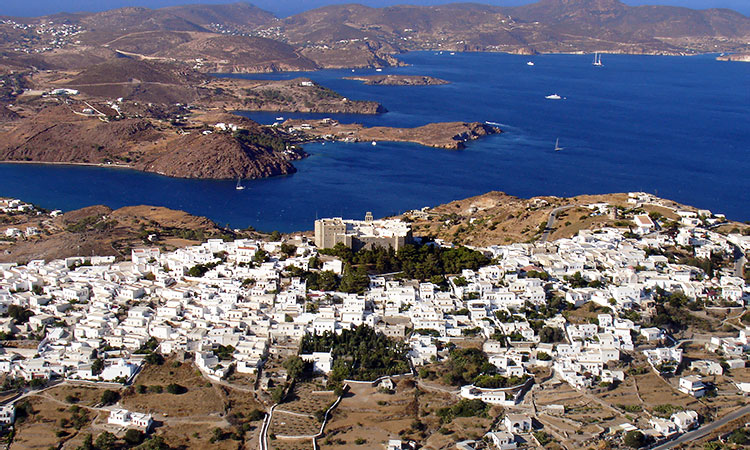 Patmos Island Villages are a blend of coastal and traditional settlements perfectly matching the island's landscape. The plains, low hills, and valleys on the island contrast with the deep blue Aegean Sea all combine with the villages’ beauty, all constituting the Islands beautiful appearance..

As a tourist to Patmos Greece, there are some Patmos Island villages which are a must see for everyone. Some of them are highlighted below: 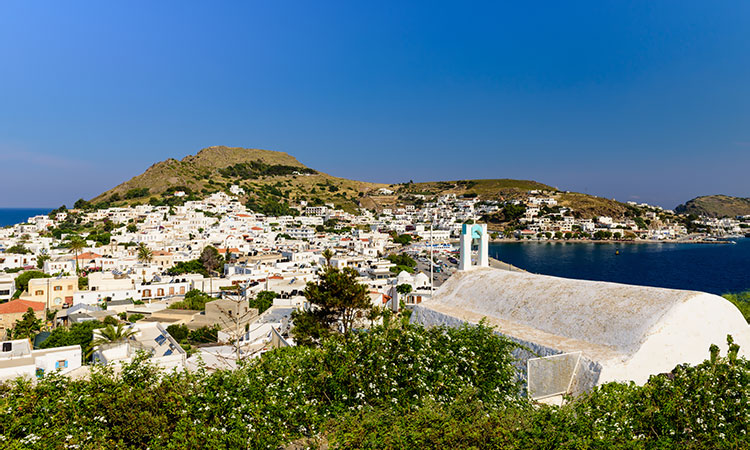 This is the Island’s main harbor, situated 3 km to the northeastern part of Hora. Skala Patmos is the largest settlement of the island. It contains the islands only port and is thus the trade and commercial center of the island. Tourism spots in Skala which are worth checking out include Ancient Acropolis’ ruins, Monastery of Zoodochos Pigi and the 17th-century church of Panagia Koumana.

You should also take a boat ride to Petrokaravo, an islet located directly opposite Skala. Accommodation for tourists visiting Skala is not a problem as Chris Patmos, one of the best hotels in Patmos Greece is situated right here in Skala. 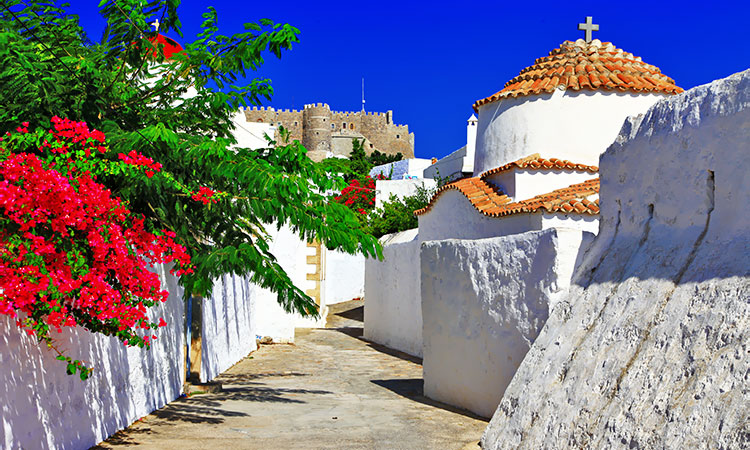 Chora Patmos town is a unique Aegean Settlement with a countryside entirely different from that of other Greek Islands. One of the most noticeable features of Chora is the Monastery of St. John the Divine which is an evidence of the spiritual attributes of the Island. It is around this monastery that the present Chora village has developed. Walking along the narrow streets leading to the monastery, you will come across both magnificent ancient mansions and humble family homes.

Standing in front of Chora will provide you with a breathtaking view of the Monastery of the Apocalypse, Skala and the northeastern side of Patmos Island. You can also admire the sunrise from the front of Chora while the back provides you with awesome views of Petra, Prophet Elias, and the wonderful sunset. 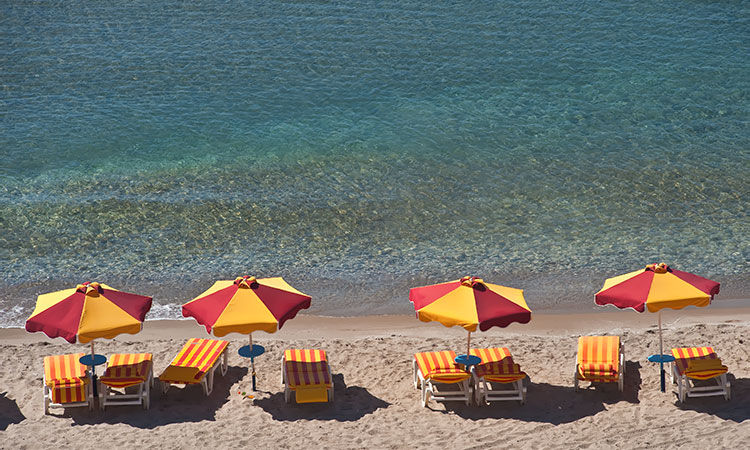 Kambos Patmos, is a pictorial village located to the Island’s north, 11 km from Hora. Its main settlement, Pano Kambos houses the Church of the Annunciation and features a countryside filled with olive groves, orchards, and pine trees.it has an enchanting beach which attracts both locals and tourists alike.

Notable places to visit while here include the Monastery of Panagia Tou Apollu, the Panagia Tou Geran Church located on Geranos hill near Vagla and the oldest church of the Island, St Ncholas the Evdimos or Avdellos. 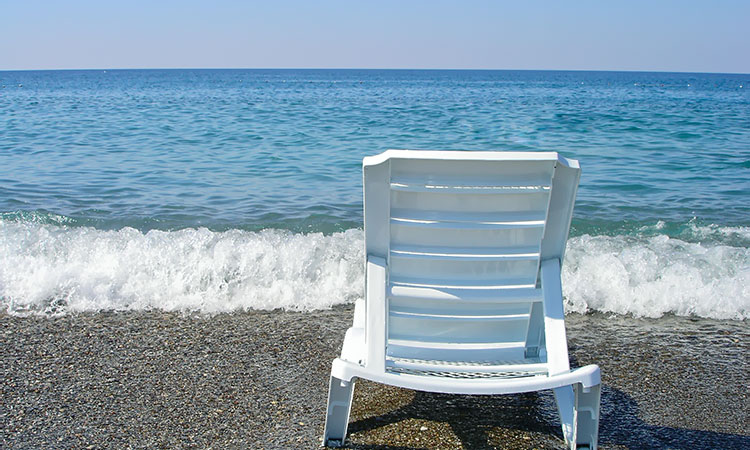 Grikos Patmos is one of the beautiful Patmos Island village which undergoes frequent change. These changes have all contributed to how it has become a tourist village. It contains a Marina for Yachts, luxury Patmos Hotels and a long beach whose sides are lined with shops. This beach is filled with crystal waters and beautiful pearls. Transportation both by sea and land is readily available at all times.

Kastelli Patmos is a Patmos Island village formed on a fortified hill standing against the gulfs of Skal, Merika, and Chochlaka. This village is the site of the Acropolis which is now an archaeological site from which evidence of the village’s existence in the Bronze Age has been excavated.

Notable features to look forward to here include the breathtaking sunset view and the chapel of Aghios Konstantinos. It also houses the ancient windmills of Patmos which are all evidence of its existence since the Bronze Age.

Above are our recommendations for the top five Patmos Island Village. Whenever you visit Patmos, ensure you check some or all of these out.